Impact investing and crowdfunding are getting quite a bit of buzz lately, particularly as Millennials are set to take over trillions in family wealth and are much more interested in using their money for environmentally and socially beneficial purposes than generations before them. At the same time, sustainability has become mainstream, as large corporations and favorite brands adopt more ecologically conscious practices.  Perhaps the very visible degradation all around us validates this logical call to action.

Many individuals, however, are left asking: How can I personally contribute to a more sustainable world?  Until recently, your options were fairly limited, maybe to recycling and purchasing habits.  But thanks to a pioneer in the impact crowdfunding world, a woman named Eve Picker, that is no longer the case.

The company Eve founded, Small Change, has deployed an innovative crowdfunding financing platform in which any person over 18 can invest in a host of environmentally and socially beneficial real estate projects across the United States.

Eve grew up in Sydney, Australia, and was trained as an architect with a Masters in urban design.  When various life events brought her to Pittsburgh, she saw a very different metropolis than where she grew up.  She became involved with community development nonprofits, pushing for the preservation of beautiful old buildings and trying to spark new life into forgotten neighborhoods. She became a full-time developer, bringing buildings all around Pittsburgh back to life.

These buildings and projects were often championed by their communities. Eve saw how the rehabilitation of formerly vacant or derelict places could shape the engagement of people in and around these areas.  She knew that financing was always the most difficult piece of developing unique projects, but that if given the chance, people would come together to invest in those projects that add real value to the community. With the passage of the JOBS (Jumpstart our Business Startups) Act in 2012, Eve found the vehicle to bring people in communities, just like the ones where she had been working, directly into the community development process.

The intention of the 2012 JOBS Act is to accelerate capital formation for small businesses, which it does by reforming certain securities laws. Before the JOBS Act, most investment opportunities were open only to the 3% of the US population known as “accredited investors,” (i.e., those with a certain degree of wealth). For example, any real estate investment other than a home mortgage had been essentially “off-limits” to anyone other than sophisticated investors with a significant amount of disposable cash to deploy and the ability to process stacks of paperwork.

The JOBS Act has shaken things up. Though the law was passed in 2012, it wasn’t until 2016 that the final rules for all aspects of the JOBS Act were issued, and when they were, the doors to investment were opened for anyone over the age of 18. Finally, here was the opportunity to democratize impact investing, and Small Change made it attainable.  Now, in return for a minimum investment as low as $500 and only 5-10 minutes of your time, you can become an investor in a sophisticated and sustainable real estate project.

Small Change is the leading crowdfunding platform driving sustainable real estate projects that have a transformative impact on the neighborhoods in which they are built.  Real estate developers that raise capital through Small Change’s funding portal must satisfy high environmental and social standards with each project.  Eve’s team at Small Change vets each project using the “Small Change Index”, which measures the positive impact the project will add to the neighborhood; e.g., its walk- and bike-ability, the jobs created, or addition of affordable housing or fresh food access.

Many of these projects would be seen as too risky for traditional bank financing, as they push the boundaries in creativity, but they are exactly the kind of projects needed to catalyze community development. Equity crowdfunding is an exercise in community wealth building: an economic development movement that strengthens our communities through broader democratic ownership and access to opportunity.

Small Change is currently working with developers who are finding new and more efficient ways to restore historic buildings, like those that are building co-housing projects, small business incubators, co-working spaces, converting enormous industrial buildings or building net zero homes.  They include a minority-owned development firm building four luxury condominiums on an empty lot, an architect who has developed a starter home kit, a developer who wants to raise funds that address both blight and the lack of affordable housing for an entire underserved neighborhood, and another building an eco-village. The creativity is boundless! Their presence has been felt already in Washington D.C., Baltimore, Philadelphia, Los Angeles, Pittsburgh and New Orleans, and is national in scope.

Eve and the Small Change team are driven by the belief that real estate can do much more than build wealth—it should shape public spaces and build stronger communities. By all accounts, the market seems to agree. Small Change has raised nearly $2M for 13 projects from accredited and non-accredited investors, and has seen a steady uptick in growth, launching seven projects to date in 2018 alone (with more on the way) and a pipeline of over 100 potential deals.  Small Change is proving that crowdfunding investment strategies are here to stay. Their work aligns with expert projections that crowdfunding will account for 12% of real estate capital by 2032.  Now you can also be a part of this positive wave in real estate development, by investing local in the same way that you buy local. 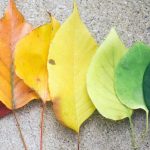 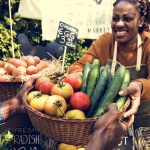