CheetahExperience.com, a hugely successful environmental impact program founded and led by the remarkable Riana van Nieuwenhuizen, is 100% funded by donations and has hosted over 1000 volunteers from 33 countries, since 2011.

Volunteers come for a holiday or gap year and work side by side with the veterinary and support staff to rehabilitate injured wildlife from neighboring farms as well as in the cheetah breeding program.

Whilst CheetahExperience is a not-for-profit organisation, the model of having volunteers pay to come and work is closely aligned to the social entrepreneurship model that Scarab Funds is an active supporter of.  So many conservation organisations are stuck in the grant funding paradigm, hampering their efforts to affect the change that is so needed.

Started in 2008 with the help of many amazing people, including our managing partner, Kenneth von Rausch, CheetahExperience is one of the few successful cheetah breeding programs in Southern Africa.  Ensuring genetic diversity of packs in the wild is a major concern in cheetah conservation circles and therefore having facilities such as these are critical for wild-rearing cats that can then be relocated.

We love this program and encourage you to share this far and wide so that many more volunteers might get involved and help save the cheetah!

In December 2016 cheetah population figures were revised, showing alarmingly dwindling numbers. The sad reality is that the cheetah is now very much facing a race for survival.

The best estimates put world population numbers at 7 100, down from around 100 000 in 1900 and the cheetah is also now confined to only 9% of their historical distributional range and is already extinct in more than 20 countries.

Due to the species’ dramatic decline, researchers are urgently calling for the cheetah to be up-listed from ‘Vulnerable’ to ‘Endangered’ on the IUCN Red List of Threatened Species. Cheetah conservation projects need urgently to unite their efforts to reverse the declining numbers. Indeed, a study supported by the National Geographic Society found that cheetahs in Southern Africa are closer to extinction than thought. Losing an apex predator such as a the cheetah holds massive risks for ecosystems around the world.

Waiting for global technocrats to make this decision isn’t, however, going to help the cheetah and organisations such as Cheetah Experience are working at the coal face to breed and relocate these majestic carnivores to protected, private wildlife reserves across South Africa.

More information on the Global Volunteer Program can be found here: https://www.cheetahexperience.com/global-volunteer-program 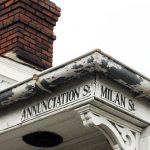